Augmented reality (AR), i.e. the computer-based extension of reality, not only promises a lot of fun and extraordinary experiences in the gaming world, but is now also used as an important component in industry and business. Manual workstations in the factory of the future are equipped with an interactive interface that guides the employee through the assembly process of a product via hand tracking and projection. The extent to which training new employees with the help of these assistance systems works is being investigated in Lemgo by the two research institutes of the Fraunhofer-Gesellschaft and TH OWL.

In cooperation with the Clausthal University of Technology, a study was conducted with a total of 33 test subjects. It was observed how the test persons learn the assembly process over several days with the help of an AR assistance system and how quickly knowledge was built up. This was compared with a group of test persons who learn the process via paper instructions and a group of test persons who are taught the process via instructions from a foreman. Sebastian Büttner, research assistant at the Institute for Industrial IT (inIT) at TH OWL, summarises the results in his paper "Augmented Reality Training for Industrial Assembly Work - Are Projection-based AR Assistive Systems an Appropriate Tool for Assembly Training?". "On the first day, we could not initially detect any differences between the three groups. At the beginning of the second day, however, it became apparent that the group that was trained by a foreman knew significantly more about the assembly process than the other two groups. Consequently, the training time of this group was the shortest on the second day and also overall. The average training time using the AR assistance system was between the training time with a foreman and the group that learned with paper instructions. However, the assistance system group did not show any significant time differences to either of the other two groups. After one week, we tested the knowledge of the test persons again. Here we found that knowledge retention was independent of the learning method used. Furthermore, we found that when using the paper instructions, several test persons had systematically learned something incorrectly. When learning with our AR assistance system, this could be avoided, as potential errors are recognised directly by the system through hand tracking and the employee is made aware of them. He thus receives an indication even before the error is made that the step to be taken must be a different one," Büttner gives an insight into the results.

Büttner and his co-authors Professor Michael Prilla from TU Clausthal and Professor Carsten Röcker from inIT and head of the Assistance Systems Research Group at Fraunhofer, submitted their paper to the most prestigious conference in the field of human-computer interaction, the "ACM Conference on Human Factors in Computing Systems (CHI)", and were awarded the "Honorable Mention Award". This puts them among the top 5 % of the 3,126 publications submitted. Due to the Corona pandemic, however, the conference could not take place as planned from 25 to 30 April in Honolulu, Hawaii. Nevertheless, the paper was presented at the end of May as part of the "Virtual German CHI Week 2020". At this virtual conference, all the papers that were written at German research institutions and should actually have been presented in Hawaii were presented and discussed in three-minute videos.

"Of course it is a great pity that the conference could not take place as planned. Nevertheless, we are very happy about this award and proud of our work," Sebastian Büttner says happily. For him and his team, this concludes the study. Now, however, the research question follows: how can such assistance systems be further developed so that they are more suitable for training an employee and how can the system better adapt to the person and impart knowledge? "We will continue to research this topic with the aim of making the systems as adaptive as possible," says Büttner, looking to the future. 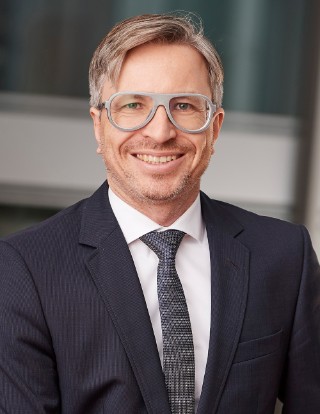